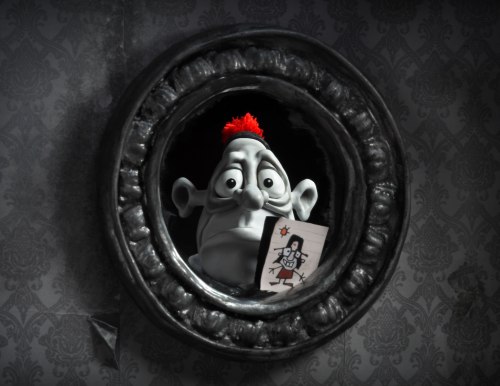 I was completely stunned by the quality of this movie and captivated by the quirky characters who are more human — despite being made of clay — than so many dramatic actors and movies.

This is a unique story about two pen pals, Mary and Max, who are on opposite sides of the earth, very different in life — one a child who is picked on at school while being raised by an alcoholic mother, the other a middle aged man with mental health issues who can’t relate to people — and yet they share so much. The story is told through the letters they send, and with them, we see their points of view on the world, their triumphs and failures and the mundane of every day life.

Throughout the movie, I kept trying to figure out who Max was. The voiceover work was fantastic, but I couldn’t pinpoint it. It wasn’t until the credits that I saw it was Academy Award winner Philip Seymore Hoffman (Capote). I rewound it back to listen again, but it still didn’t sound like him. He nailed the Brooklyn accent, with a hint of Yiddish mixed in, but it wasn’t stereotypical. There was real humanity in the character that played out in the movie.

This is a stop-animation movie, similar in style to “Wallace and Grommet,” but this one isn’t kid friendly. I’d say 12 and older would get most of the movie. It’s an excellent story that surprised me, and it’s available on Netflix’s instant streaming.

3 responses to “Mary and Max”