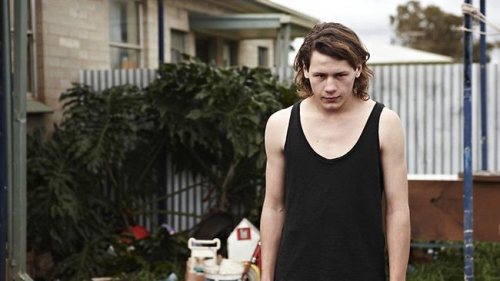 This grisly thriller is based on the true story of Australia’s worst serial killer, John Bunting, and the people he convinced to help him. One of them is teenager Jamie, whose entire family eventually falls under Bunting’s dark spell.

This film falls squarely in with others I’ve reviewed like Antichrist in that it’s a well made film that shows a picture of hell on Earth in a realistic way and yet I can’t recommend it.  Why? The images in it are filled with real world and all too real horror.  The main character played by Lucas Pittaway is pure frustration to watch.  His whole existence revolves around being a victim.  He is raped by his own brother, pushed around by every single person in his life, and coerced into assisting with murders that horrify and repulse him.  And yet, because he is so weak, he never says no.  As a viewer, it’s never a comfortable experience.  Obviously, considering the subject matter is about some of the worst crimes in Australian history, this comes as no surprise.  But, because this film plays everything off as deadpan real, it gives an uneasy and claustrophobic feel to all of the plot progressions.  We witness graphic tortures, murders, a main character who is pure evil, and a daily routine in a white trash neighborhood that has no glimmer of hope anywhere within its confines.

So, after all of this, why am I rating it a 7?  The performances are excellent all the way around, particularly by Daniel Henshall who plays the deviously charismatic leader of the serial killers.  He tries to make things make sense from his twisted point of view and is methodical in how he gets all these men to kill and torture for him.  Also, the world that is created by Justin Kurzel feels cold, bleak, and all too real.  This is true life horror that couldn’t be further away from the cliche slasher films that most horror enthusiasts are accustomed to.  However, proceed at your own risk.  This is a harrowing film and not one for the squeamish.

2 responses to “The Snowtown Murders”