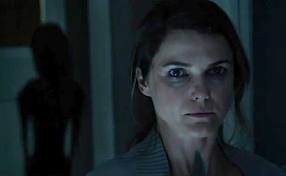 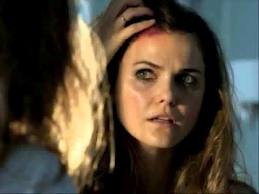 As the Barrett family’s peaceful suburban life is rocked by an escalating series of disturbing events, they come to learn that a terrifying and deadly force is after them.

It’s fortunate that Visual FX artist Scott Stewart ( Priest and Legion ) handled both the writing and directing duties on this sci-fi thriller about nasty ET’s and all their meddling with us humans. Stewart’s tight though inferential story and slick, lean direction make “Dark Skies” a slightly better than average creepfest.   I must admit I was interested in the dynamics that Stewart handles here. “Dark Skies” takes on very established motifs regarding alien contact and abduction. We’ve seen it all before and we know all the beats to this story. What I think worked for me in this case is that Stewart gets some pretty good performances out of his actors. He also keeps the movie moving at a  mercurial pace while maintaining a slow build up. The story doesn’t get campy or cheesy but despite it’s familiarity “Dark Skies” does hit all the right notes and does it efficiently while committing to the seriousness of the subject matter. Stewart delivers a well shot, well acted and agile film that works on some levels but it doesn’t get very deep. There remains just under the surface a late night chiller that is a decent time water and has a few spooky moments to keep us responsive and partial.

The beautiful Keri Russell ( Felicity, MI:3 ) stars as Lacy Barrett a struggling wife and mother of 2 boys who starts to have strange things happen in her home shortly after a BBQ party she holds with her friends, the Jessops. Her boys, Sammy (Kadan Rockett) and Jesse (Dakota Goyo) are close and even when in separate rooms they speak via walkie talkie where Jesse proceeds to spin scary yarns and share stories of “The Sandman” with his younger brother. Sammy, being young and impressionable gets easily scared. Lacy on the other hand starts to witness things late at night while she walks around her home. She can’t seem to be able to get any sleep on any given night and wanders. She sees her Fridge doors wide open and contents spilled all over the place. She sees canned food and kitchen items stacked high from floor to ceiling and her chandelier is making a funky symbol that projects to the ceiling. I could not help but be reminded of “Poltergeist” and “Ghostbusters” respectively during these odd night time strolls that Lacy takes. She shrugs them off as nightmares but things get worse when ala “Insidious” we get the good ole security alarm going off at ear-bursting levels and no perp around. Lacy’s husband, Daniel Barrett (Josh Hamilton) even seems to be acting strangely as he and his son exhibit strange “spells” where they move around robotically and have no recollection of what usually transpires.  The Police think that the Barretts should reboot the alarm system and when the alarm goes off yet again and they find out the windows and doors are locked they start to think the worst. Something  malevolent is in their home or at least getting in and out. 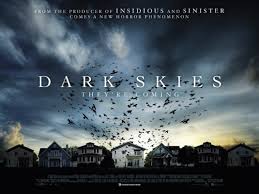 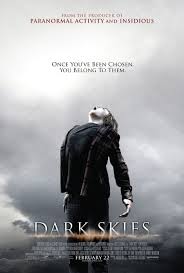 Daniel suffers as well when he can’t get to the bottom of the mystery and it doesn’t help that he is having job and financial woes to add to the distress. Bills start to pile up and mortgage payments are late. But that is not the only bad thing: Various flocks of birds become somewhat suicidal, Sammy urinates on himself while playing outdoors and lets out a booming and ear piercing shriek that he doesn’t recall afterwards. And so on and so on. Desperate, Daniel sets up cameras that seem to have been tampered with during the night. Strange dream-like visions and more intense occurrences push both Lacy and Daniel to the edge. Daniel at one point sees what appears to be 3 dark figures in the boy’s room one night in a familiar but effective scene. But it is the boys who suffer greatly at the intrusion of “The Grays” These are aliens, that to Ufologists, are the holy grail of the alien presence here on earth. The pleasant surprise in the film is the under-stated performance from JK Simmons (Spider-man and Spider-man 2) as a UFO expert, named Pollard, who knows all about “The Grays” and proceeds to tell Lacy and Daniel that they have been here a very long time. They are indeed notorious for abductions, lost time, symbols, communicating and tampering with humans. Even implants (which Daniel seems to have behind his ear) and manipulation. In  very typical “X-Files” fashion we get all types of creepy ongoing sequences. Stewart moves the story along with the help of his talented cast that makes the very best of the material that becomes a bit predictable by the third act. We have flashes of the beings, a very by the numbers character that “knows it all” in Pollard and some quick and moody style and editing that serves the film uniquely in parts. 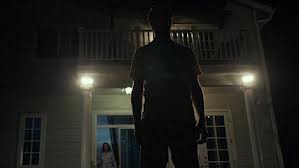 Pollard (who has a wall of “weird” with numerous news clippings) tells the Barretts that their son has been “chosen” by “The Grays” and that should keep a very close eye on him. Unfortunately, it does not end up that way. Pollard tells them that the aliens may move on or may work even harder to get what they want from them. They take measures like buying weapons and getting a guard dog but to no avail.  Do “The Grays” get what they want or do The Barretts fight back and take a final stand to help and preserve their family? Director Stewart, in my opinion, does an admirable job in keeping us interested only because with the help of his actors, we start to care for them. We sympathize mostly with Jesse ad Lacy who are the “hearts” of this movie. There is just way too much, in one form or another, that is familiar here and we have seen it all. “Dark Skies” is a “Monster of the Week” movie on a moderate budget. It doesn’t create anything new, relevant or outstanding but uses some tried and true themes and manipulations that helps pass the time without getting to “outside the box.” “Dark Skies” doesn’t try to be brainy and can, to many, seem very dull and disappointing but I enjoyed the structure enough to liken it to putting on a comfortable pair of slippers and sitting in your fave comfy recliner.  It is a slow burn. It is better than average. It sports proficient camera-work and a morose score that is spooky. “Dark Skies” shows some restraint and that works in it’s favor. It’s junk food but it’s junk food that won’t give you a stomach ache. Enjoy! 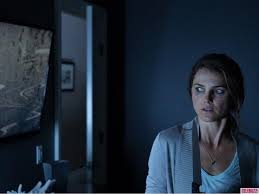 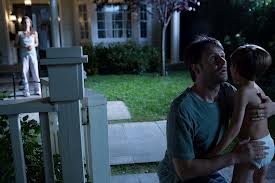 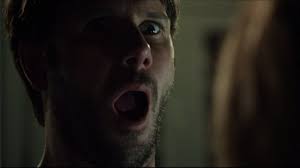