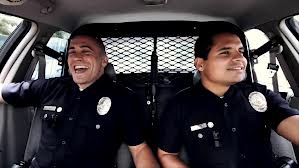 Shot documentary-style, this film follows the daily grind of two young police officers in LA who are partners and friends, and what happens when they meet criminal forces greater than themselves.

End of Watch is a classic example of a great film trying to escape from behind the trappings of a well worn gimmick that doesn’t work. All of the elements are there: two solid male performances, an environment filled with love and brotherhood within violent trappings, and some dynamic actions scenes that had potential. Why didn’t they work? Well, the main gimmick is the idea that the police officer lead ( played very well by Jake Gyllenhaal) has a camera that he carries everywhere and he records (cough..Blair Witch Project…) his day to day life. The problem with that idea is that it’s a trade off. While it can create an almost pseudo-documentary, the price for that added sense of realism is that the narration has to constantly account for the camera. Who’s holding it? If they’re holding it, what’s the other guy doing? 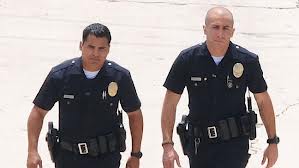 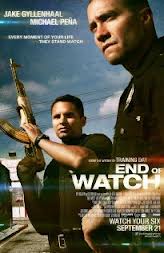 How do you show them in their daily lives if they can never be shown alone. Well, the answer is that they stop trying. At some point in the first third of the film, they never explain anymore. So, if you couldn’t account for who is holding the camera, why have the gimmick?!?! It’s such an obvious omission that even the least observant viewers will notice it. Also, the plot is extremely thin. I realize that the writers wanted to give you a broad picture of friendship and brotherhood with the Los Angeles Police Department but there’s really no plot progression. The characters are the same at the end as they were in the beginning. Very little was learned because it wasn’t as if they weren’t friends from the start. Wouldn’t it have been more interesting to see two Los Angeles cops who are paired together and bond through shared experiences on the job? My last complaint would be the ending (which I won’t give away here). Why would you show that? Why close the film on a humorous note after everything you just put the audience through to get there? 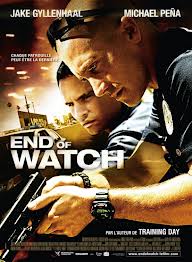 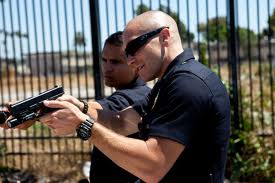 So, why aren’t I rating this lower? Two reasons: Michael Pena and Jake Gyllenhaal. They are both so perfect in their roles and so natural that it felt like they ad-libbed most of their lines. You will believe in their friendship and their interactions never feel forced or unnatural. I still can’t recommend the film though. It’s never boring but the well worn gimmicks and lack of plot bog down what could have been a great cop film.