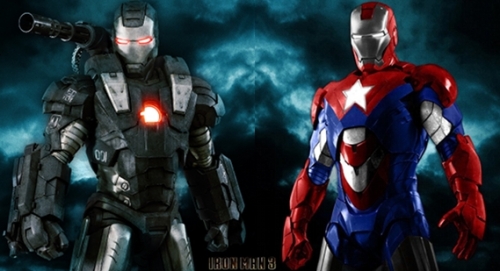 Here it is, the first full-length trailer of Iron Man 3! I have to say, it automatically has a much darker feel than the other two films — which I’m a huge fan of. This one plays off of last summer’s smash blockbuster, “Avengers,” which  was very fun. At the end of that film, Iron Man goes through a hole to another world. In this, we see that’s it has changed him. And, of course, this is the first appearance of his great comic book enemy, The Mandarin, played by Academy Award-winner Ben Kingsley. This film has massive promise. 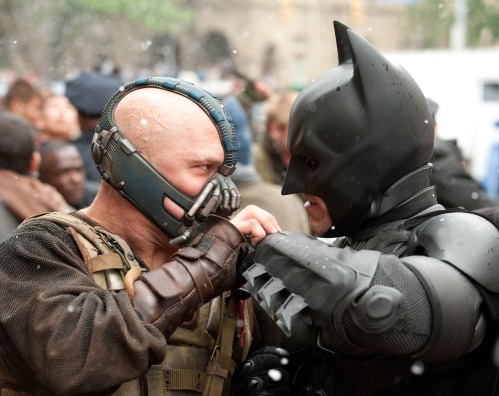 The Dark Knight Rises, coming July 20, is the final and much anticipated conclusion to Christopher Nolan’s brilliant vision of Batman. The latest trailer looks very promising, leaving much to be the imagination while whetting our appetites for what promises to be an incredible closing chapter in the Nolan series. Enjoy.

As some of you may know, I’m a huge Spider-Man fan. He’s my favorite comic book character in the Marvel universe. He’s a smart and misunderstood kid who gains superhuman abilities and, after an incident involving his uncle, tries to make the best of it, as hard at times as it can be. Even as Spider-Man, he was never is well liked or trusted.

I was not disappointed from what I saw after watching the trailer. Marc Webb is definitely coming at this with a different approach. I wasn’t quite sure what to expect seeing as he had just finished “500 Days of Summer.”

The trailer began with Parker’s parents going away. I’m not sure if this essential to the story, a flashback or a brief introduction but I’m really hoping it’s essential to the story. None of the three films went into Parker’s past with his parents but from the comics, there’s a lot there. Anyway, there are cuts of him in school, at home, and of course him going to where he meets his fate. In those images, Gwen Stacy (Emma Stone) is wearing a lab coat, which pretty much shows they’re being consistent in the comics with her pursue of science (unlike in SM3); she is also the first love of Peter.

The one thing that threw me off, though, was at the end of the clip. Yesterday I read on First Showing that Webb was trying to do as many effects physically as opposed to CG; which took them months to capture. What threw me off was the clip was a first-person shot of Webhead swinging about NYC, obviously using lots of CG. I’m guessing this is one of the few shots that they had to succumb to using CG. It is heartening to read a director trying to avoid CG on their film (didn’t Lucas give Jackson shit for not using CG in LotR?). Spider-Man is probably the worst superhero character to shoot a movie with regards to trying to avoid a lot of CG because of his abilities and all the web-slinging he does.
Even though I am getting sick of the reboots, remakes, prequels, sequels, and adaptations, Spider-Man is one I will never get sick of… wait, I said the same thing prior to seeing SM3. Oh shit. Let’s cross our fingers for no SM3, you guys. 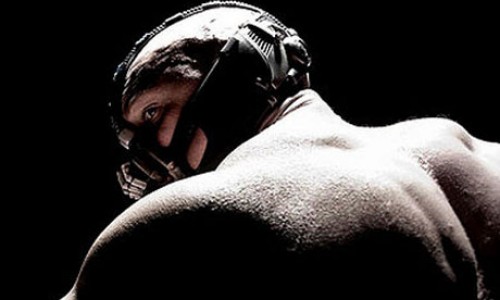 I had concerns about the number of characters and villains in “The Dark Knight.” There was Two Face and Joker, and it’s difficult to pull off two villains in the same film because they can often not be developed into anything more than a cookie cutter bad guy. But that was not the case, at all. Christopher Nolan understands storytelling and has handled the Batman franchise with great care and respect for his audience.

I have no qualms saying that “The Dark Knight Rises” will be just as good as its prequels. The Bane charater, played by Tom Hardy, looks nothing short of menacing and terrible. The above photo is enough to give you the creeps. We also get a small glimpse of Catwoman, thought it’s hard to see much. Even though this trailer is a mere wetting of our appetites, “The Dark Knight Rises” already looks amazing. It’s going to be a long year of waiting.

Thanks for our sister blog TV-Tastic for the trailer!