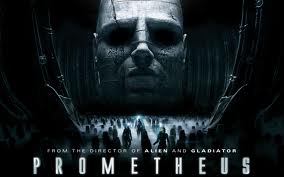 When scientific explorers unearth an artifact that points to the origins of humankind, they’re pulled into the unexpected adventure of a lifetime. But if they falter, the very future of their species is at stake.

This is another film that falls into the “questions are better than the answers” variety. The setup is terrific. A group of scientists, after a a 2 year hyper sleep, awaken to a world that they were drawn to because of ancient cave paintings that specifically detailed a solar system that they had no way of seeing or documenting. Once there, they realize that they have not only found a new world but alien life as well. It then asks several terrific questions: How did the early humans know they were there? Is this the world where humans were created? If we were not created by God, who did the work? Once we finally meet alien life, what will they have to say?

If all you had read was the questions that the movie posed, you would bet that this was going to be a very special film but it isn’t. It’s a hackneyed script that sets up for an amazing climax that simply doesn’t deliver. That doesn’t mean that it isn’t an interesting ride. Ridley Scott’s world is densely populated with terrific eye candy. The art direction, set pieces, and special effects are first rate. The performances are average except for Michael Fassbender who once again elevates the material by delivering an artificial life form that truly feels artificial.

I would hate to give away any spoilers because there’s so much interest in this film but plausibility comes into questions several times. I won’t point out specifics but let’s just say that quite a few story decisions were highly erratic and questionable, even for a science fiction film. Characters make decisions that go against their previous behaviors, the world seems to behave in a way that contradicts scientific principles, and the ending goes against the continuity it is trying to match up with the original Alien film. That said, it is never boring and for fans of highly visual science fiction movies, it’s a treat. I just wish that the screenwriters had better answers for their own questions…