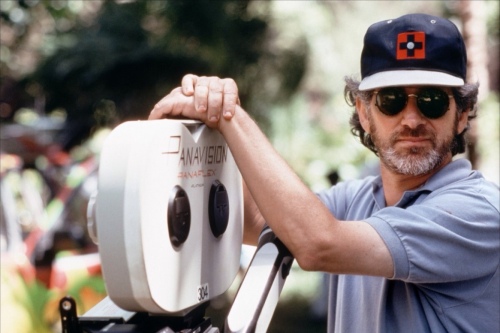 Welcome to part 3 of our series on The Ten Greatest Directors.

We started with a list of 45 directors and each day until our anniversary, we will each remove five directors from the list and give an explanation as to why we cut them.

Let us know which ones you think should stay, and which should go — and maybe some directors  you thought should have been in the mix that weren’t.

Francis Ford Coppola
Bram Stoker’s Dracula was probably the last really good film he’s made, and that was in 1992. I know it stings to take Coppola off this list, but he made the Godfather trilogy, and not a lot after or before.

Orson Welles
After Citizen Kane, Welles didn’t do a whole lot. He directed a lot of television projects. It’s strange that someone who directed such a beautiful looking film, with such great influence, never really met his potential.

Pedro Almodovar
I’m a big fan. Volver, if you haven’t seen it, was great. Talk to her, was also quite good. But his collection of work isn’t strong enough to warrant Top 10.

Sam Peckinpah
He only directed 14 films, but made some great ones — like Straw Dogs and The Wild Bunch. But I think his true strength was as a writer.

Steven Spielberg
What?! Yes, Spielberg is getting cut. This is a band-aid that just needs to be ripped off. For Every Schindler’s List and Saving Private Ryan, there’s an Indiana Jones 4 or War Horse. This one is tough to cut, but again, I go back to relevance. He’s making Indiana Jones 5 right now. Lincoln was great, but you have to go back to 2001’s A.I. Artificial Intelligence for his last good movie. This is a pattern for him.

Mel Brooks
I’m a huge fan of the Producers but a lot of his humor falls flat with me. Blazing Saddles and Young Frankenstein are highly overrated one joke premises.

Wes Anderson
He’s the king of the dry humor. I loved Rushmore and Royal Tenebaums. Wasn’t crazy about Zizou and Darjeeling Limited. Either way, he’s not in the top 10

Tim Burton
I loved Pee Wee and think Ed Wood is one of the most underrated films ever made. But, he made Mars Attacks and Planet of the Apes and those weren’t just bad, they were complete disasters.

Jean-Pierre Jeunet
Delicatessen and City of Lost Children are fantastic. But, he directed Alien: Resurrection, which was horrendous. Also, Amelie is very cute but terribly overrated.

Brian Depalma
He has some great movies on his résumé: Carrie, Blow Out, Scarface. But, he’s still working today and hasn’t even made anything good in 20 years.